Normally, air contains 21% oxygen, and oxygen is essentially non-toxic. And people exposed to concentrations above 50% in a pressure atmosphere can survive for up to 24 hours. Inhaling 80% oxygen for more than 12 hours can irritate the respiratory tract, thereby reducing vital progression. Respiratory capacity, cough, nasal congestion, sore throat, and chest pain, followed by tracheobronchitis, followed by pulmonary congestion, and finally pulmonary edema.

Oxygen is the fluid of life

Cryogenic cylinders with multiple layers of insulation are used to store and transport oxygen and liquid nitrogen. These cylinders have a pressure of 24 to 350 atmospheres and have capacities between 80 to 450 liters for liquid oxygen. 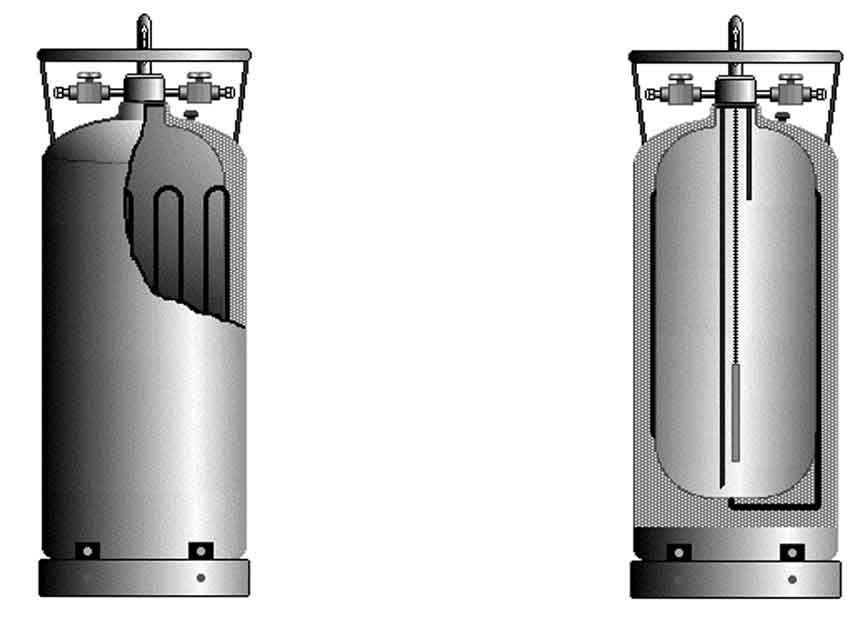 Cryogenic cylinders are used to store many industrial gases such as liquid oxygen and liquid nitrogen, so that customers can use these gases at very low temperatures in the cylinders and use them for a longer period of time.

This package usually includes a tank, a steam generator and a pressure control manifold. Tanks may be spherical or cylindrical and installed in fixed locations.
They can be used as fixed vessels or on rails or truck chassis for easy transport.
Sizes range from 500 to 420,000 gallons. 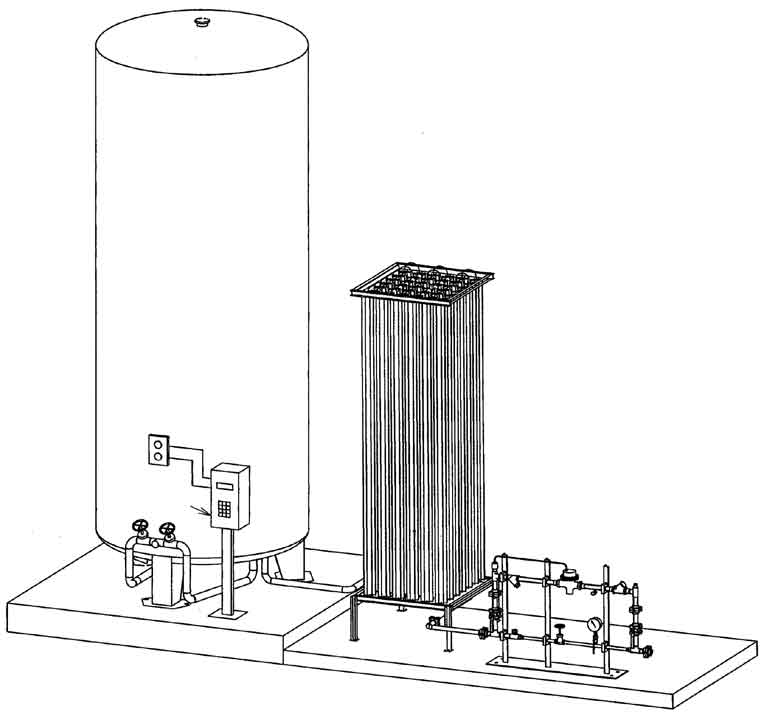 Oxygen is the second largest component of the atmosphere, comprising 20.8% by volume. The oxygen in the blue liquid is pale and very cold. Although oxygen is not flammable, it is a strong oxidizer. Oxygen, on the other hand, is considered to be the lifeblood of living organisms. Oxygen reacts with almost all organic matter and metals to form an oxide. Oxygen is a refrigerant. Refrigerants are liquefied gases that have a normal boiling point below -130 degrees Fahrenheit (-90 degrees Celsius). Liquid oxygen has a boiling point of -297 degrees Fahrenheit (-183 degrees Celsius). This product also requires special equipment for use and storage. Oxygen is produced by the air separation unit (ASU) through liquefaction. Separation of oxygen from the atmosphere is done by continuous refrigeration distillation, then oxygen is removed and stored as a refrigerant. Oxygen can also be produced non-cryogenically using selective adsorption processes, which ultimately produce a gaseous product.

For information on product prices